Photographer Clive Brown visited the Island for a short break during May 1982, when he was able to capture some of the many facets of Manx transport during that period. It was an interesting toime especially on the bus scene, with many of the 'traditional' buses entering their twylight days in service being replaced with more modern types, albeit second-hand. Clive has a many thousands of transport and scenic photographs from all over the UK on his website at http://www.flickr.com/photos/cliveabrown/ with the Manx page at http://www.flickr.com/photos/cliveabrown/sets/72157605943072350/ and has very kindly allowed the inclusion of some on the Manx Electric Railway Society website. To see these images in full-size or the other good quality photographs from his collection please take a look at theabove links.

This page features some of the buses found in the Isle of Man National Transport fllet during May 1982. The MERS is very grateful for the use of these photographs, which make a welcome addition to the website. Copyright for each view remains with Clive Brown. 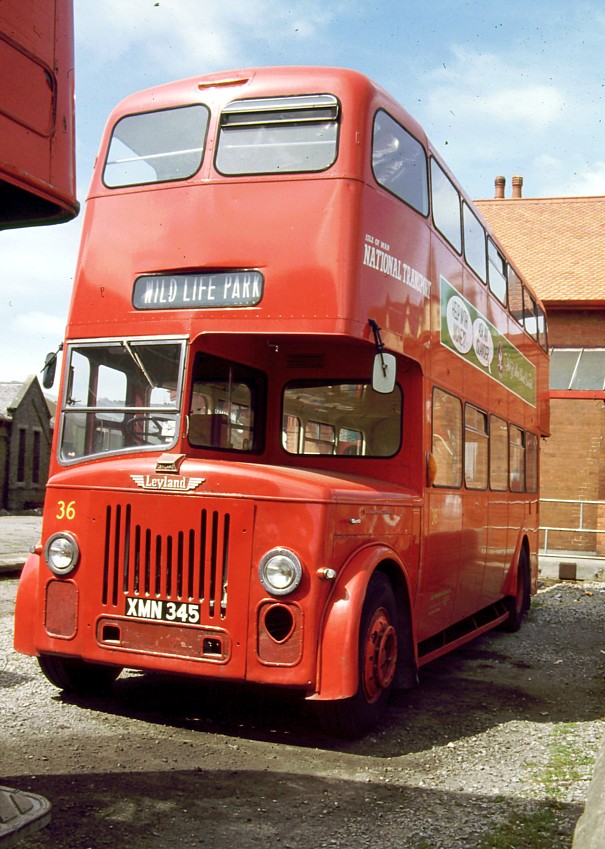 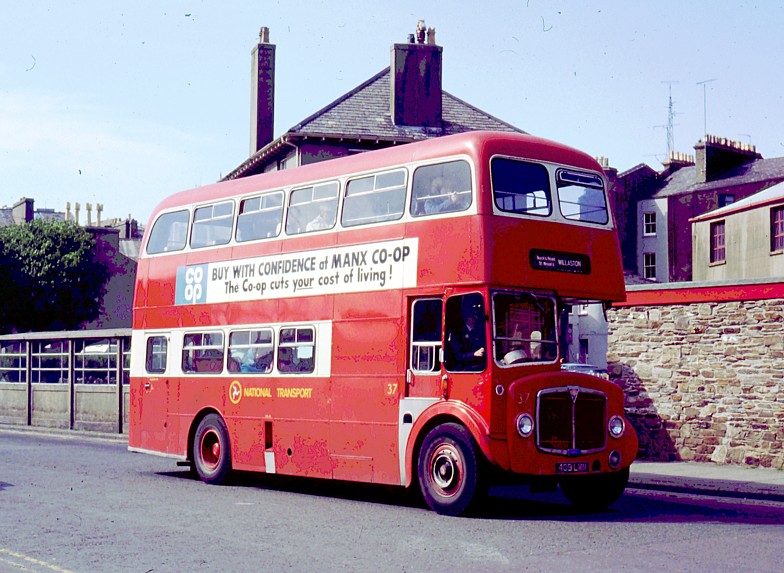 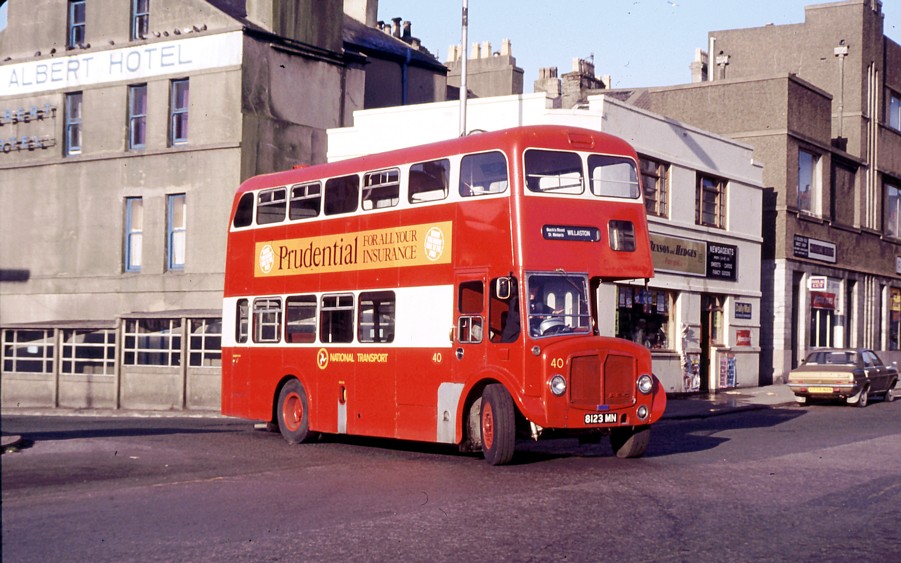 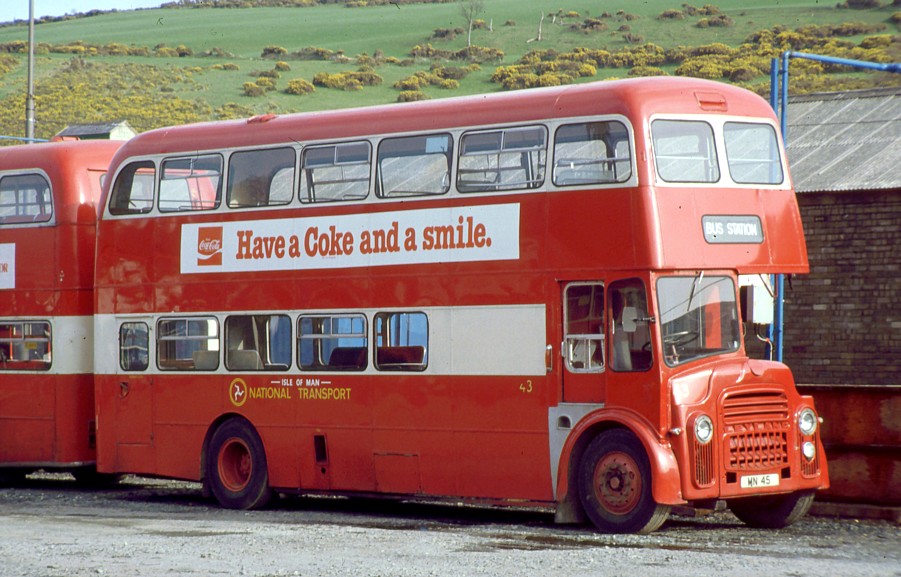 Ex-Stratford Blue, Midland Red and Isle of Man Road Services Leyland Titan PD3 43 (MN 45) sits alongside the bus wash at Douglas railway yard. It was the only double-decker (and one of only four vehicles, 1 d/d, 2 s/d & 1 minibus) to sport this style of fleetname 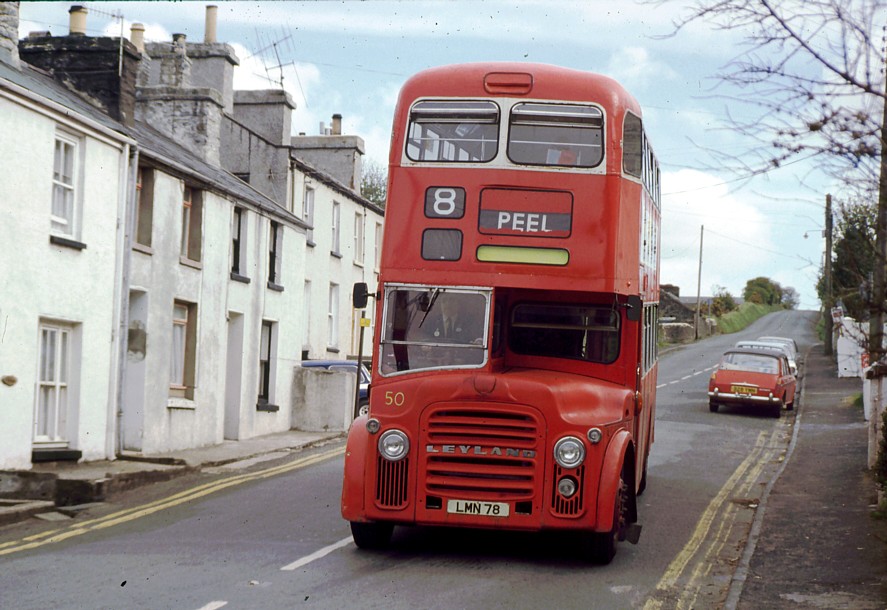 Now preserved at Bournemouth, Weymann bodied Leyland PD3 50 (LMN 78) is seen on the descent into Foxdale on one of the services on the Port Erin-Peel route 8 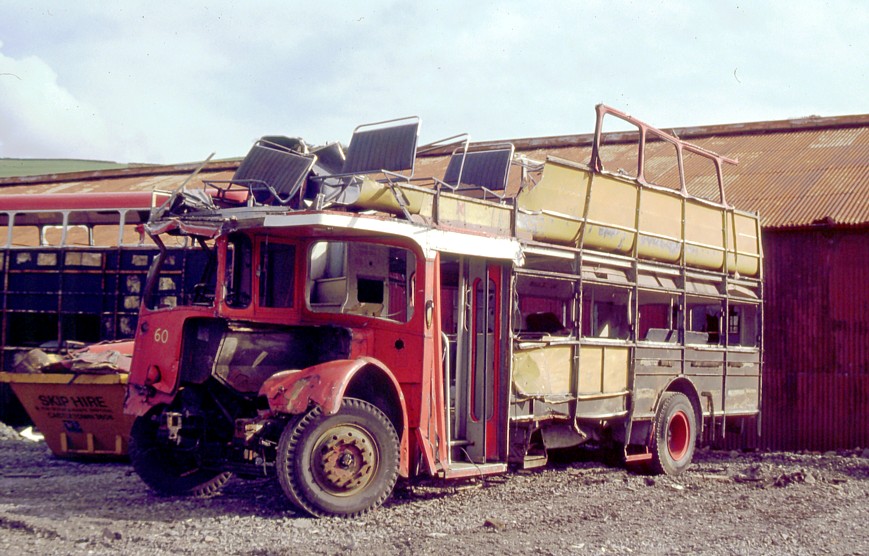 By 1982 Northern Counties bodied Leyland Titan PD3 60 (MN 60) had been withdrawn and was in the process of being scrapped, the planned conversion into an open-topper being abandoned, unlike its sisters MN 57-59. It is seen at Douglas railway yard 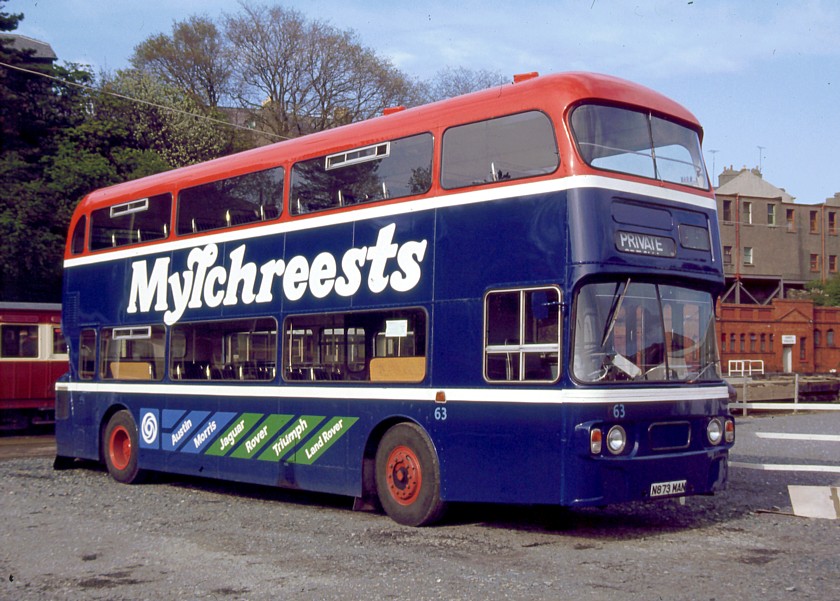 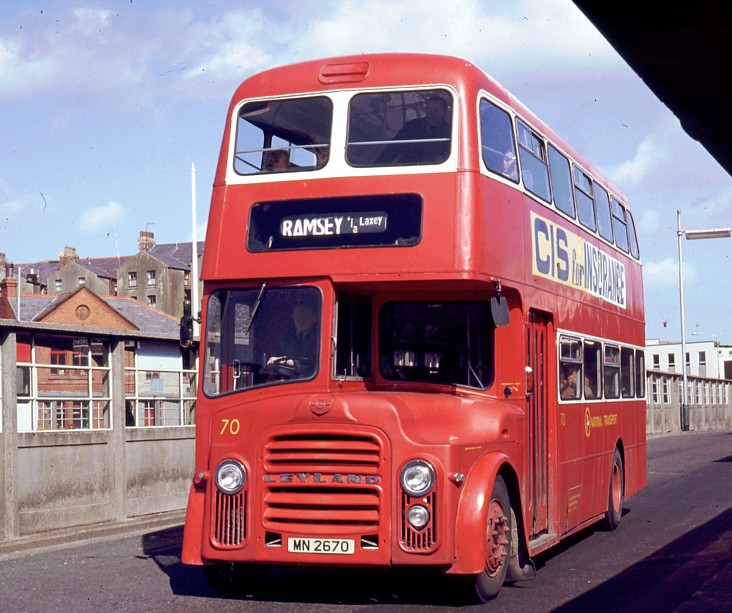 Two six year old Willowbrook bodied Leyland Titan PD3's were acquired from Midland Red in 1972, along with numerous older Titans.One of the duo, 70 (MN 2670), is seen ten years later at Douglas bus station about to venture to the north of the Island 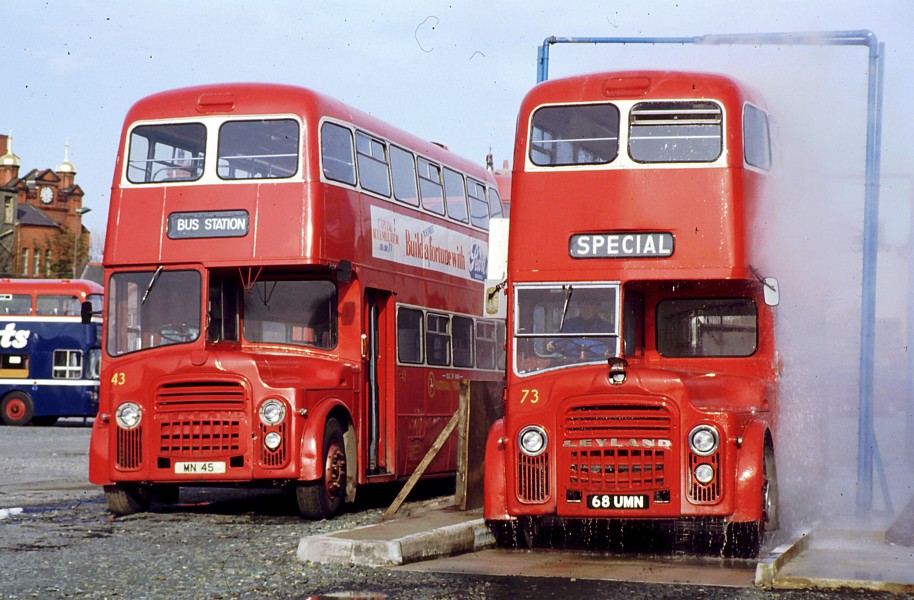 Passing through the bus wash at Douglas railway yard is Metro-Cammell bodied Leyland Titan PD3 73 (68 UMN), new to Isle of Man Road Services in 1964. Problems with the bus wash at the time led one uncharitable commentator to speculate that it left the dirt on but removed the paint. 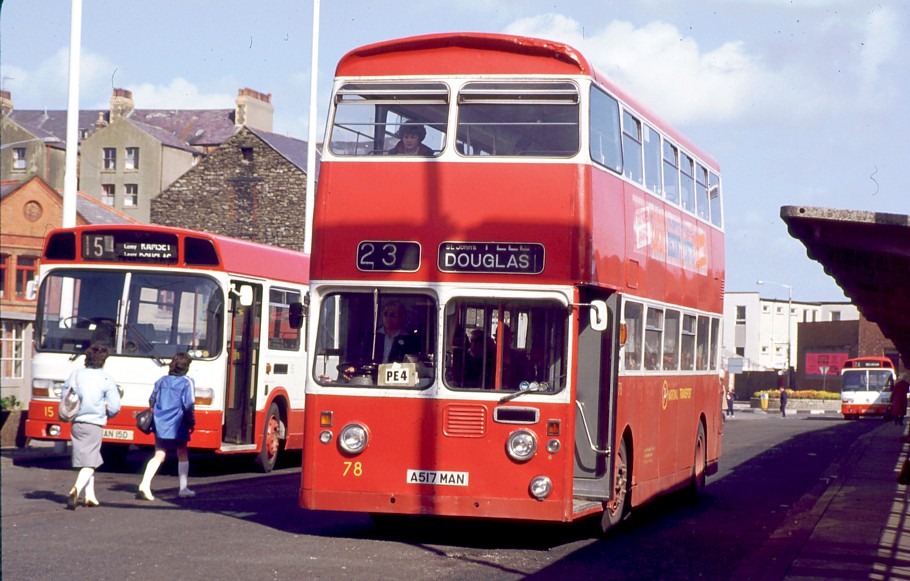 Hailing from Merseyside PTE in 1979, this Metro-Cammell bodied Leyland Atlantean had been new to Liverpool Corporation in 1965. Fourteen such buses were acquired to introduce double-deck one-man-operation to the Island. 78 (A517 MAN), based at Port Erin (note the running code card in the windscreen) leaves Douglas bus station on Onchan circular route 23